✈ Free worldwide shipping on all orders over $50.00

🔥 Need some items before your holidays? — Save 25% on all products with the code “SUMMERSALE”

Admit it, you surely thought about this at least once. Now, various reasons are depending on whether the person is male or female. We will cover the most common reasons that apply to both.

The first reason why do we wear underwear is to get rid of the chafing. Chafing means skin irritation that likely comes when you are in direct contact with rough clothes. Most of us now wear jeans or similar other clothes that are rough. The skin down there is delicate and you might start feeling changeover there. Due to constant contact with rough clothes, irritation is common.

This applies to boys and girls too. Even sometimes the material of the underwear might cause chafing. Hence, you need to be careful about what material your underwear made of. If you feel itching in the area, you should try to change the materials.

Crotch rot is mostly a skin infection that can happen to anyone. If you want to go technical, it is officially known as Tinea cruris. This happens when you wear wet clothes or tight clothing. The delicate skin is affected in no time. Hence, even if your pants get a little bit wet, you are more likely to catch the crotch rot. If you are sweating a lot and you are not even wearing underwear, you might catch crotch rot.

So, you might be wondering how it is connected with the question; why do we wear underwear, right? Well, underwear will reduce the chance of crotch rot because of the material it is made up of. It can easily absorb the sweat and make the area dry for you.

That’s the reason why most of the underwear is made with moisture-wicking fabric. It is a type of polyester blend that will absorb more amount of sweat than the regular material.

For boys, it’s mostly the unwanted erection at the wrong time. Underwear can save you from this embarrassment. Along with this, it will also help you from unwanted flashing when you are wearing shorts that are wide open from the bottom. You surely don’t want to flash your thing while you are trying to tie your shoelace.

The same thing applies to girls. It could be one of many reasons. Sometimes, you are wearing skirts or other short clothes, underwear can save you from unwanted flashing. Further, when you are in your periods, it can save you from the unwanted strain in your outer outfit.

These are just a couple of incidents. Similarly, there could be many incidents where underwear can save you.

#4 Save You From a Sudden Leak

We already discussed leakage in the above section. Let’s understand it in detail.

The basic reason to wear underwear is to prevent unwanted leakage. This is not only for the menstrual blood but also for many other reasons. For instance, it will save the outer garments from perspiration, feces, etc.

Also, sometimes a drop or two of urine might spoil the entire outfit. Underwear can be useful in keeping the pants soiled from urine or vaginal discharge.

Confused? The next reason why do we wear underwear is because of support. Just like women wear brassieres to support their breasts. Men wear boxers or briefs for their genitals. This gives basic support when doing some physical activities.

This will also support the pad during the menstrual time. Women can directly keep the pad inside the underwear. If they wear a pad without underwear, it might slip. Wearing underwear or panty will help the pad stay in the same position. Even if the pad loses its position, the panties will handle the blood. The outer garments won’t be affected much.

Also, you don’t want the zipper injuries if you are wearing jeans or pants with zipping. Men can relate to this thing in a better way. Underwear will save you from those little painful moments (Most of you already know how many times it has saved you).

First, let’s talk about comfort. Sometimes, wearing underwear will keep comfort. You surely might have felt it that it just feels good and you feel confident. There is no further explanation for it.

Coming to the next point, we have sexiness. Well, talking about intimate moments. Underwear does’t only look sexy but will make the foreplay even better.

You can spice things up in many possible ways just by wearing underwear. Overall, it will make your foreplay far better than what it was. Everybody likes a little teasing; it would be no fun if you just remove the pants and see the main thing. Underwear can let a person tease a little whether you are a man or a woman.

That’s the main reason why many companies have also invented sexy underwear that will be perfect during the intimate moments between you and your partner. You can wear sexy underwear if you want to spice things up. So, that was our last answer to why do we wear underwear.

Posted in:
Underwear
Tagged:
Why Do We Wear Underwear
Leave a Reply Cancel reply 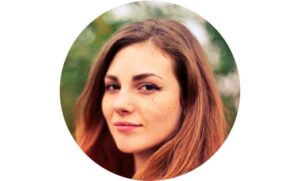 Welcome to our blog. Hope you enjoy all the content we have created just for you. Have a great day!

Offered in the country of usage